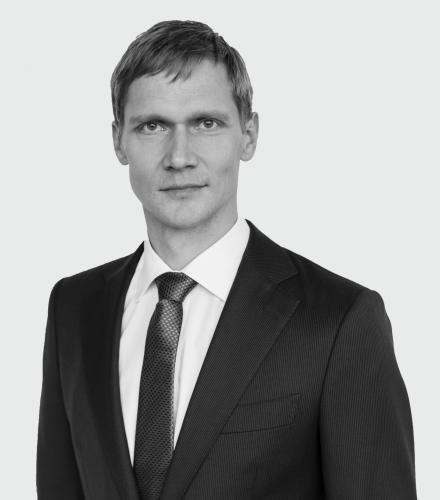 Arvo has spent majority of his career in investment banking business and has over 20 years of experience advising M&A, ECM and privatisation transactions. Arvo has played a senior role in many M&A transactions including sale of Replace to Xllnc Group, sale of auto24 to Baltic Classifieds Group, 85% shareholding in Utilitas to First State Investments, 77% shareholding in NeljaEnergia to Enefit Green, Tuuleenergia wind park to Lietuvos energija, sale of 13 th hectares of forestland to Tornator, TeliaSonera’s public takeover offer and squeeze out of significant minority shareholders in Eesti Telekom and subsequent de-listing of the company, structuring and execution of Carlsberg’s mandatory takeover offer, squeeze out and de-listing of Saku Õlletehas, and sale of Eesti Raudtee to the Government of Republic of Estonia. Arvo has been involved in majority of ECM transactions executed in Estonia since 2000, including IPO-s of Arco Vara, Ekspress Grupp, Nordecon, and Tallink. His experience includes advisory work to City of Tallinn on the privatisation of 12 facility management companies and sale of Tallinna Vesi to consortium of International Water and United Utilities. As a team member Arvo has advised Dalkia International in its successful tender offer for 30-year enterprise lease of Tallinna Soojus.

Arvo holds a BA in International Business and Finance from University of Concordia in Tallinn.