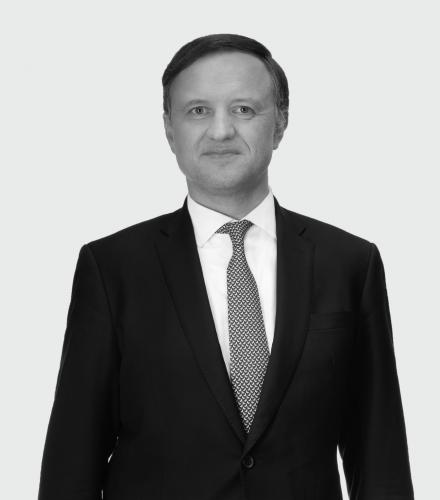 Šarūnas Skyrius is a partner at Superia Corporate Finance. He previously was a partner in OAKLINS member M&A Baltics (2014 – 2018), and before that partner in GILD Corporate Finance and GILD Bankers (2005 – 2014). In 1999, Šarūnas was was one of the three partners in the management buyout of Hermis Finansai from Hermis Bank, by then majority-owned by SEB, where he worked in the corporate finance department, having transferred from equity research in 1998.

Through over two decades of experience as an investment banker, Šarūnas executed a number of capital raising, trade sale and acquisition transactions. His notable transactions include the sale of Viltechmeda to Moog, Inc, the acquisition of Baltų Lankų Knygynas by Alma Littera, IPO of Auga Group, private placement and listing on First North alternative market of K2 LT as well as raising equity and debt financing from EBRD for E-Energija. He was instrumental in establishing the corporate bond market in Lithuania in 1999-2005, with over 15 transactions for a range of issuers ranging from Lithuanian gas and power utilities to private banks and industrial and energy companies, such as Malsena and E-Energija. He advised on the project financing, including both equity and debt, for what was then the first large scale wind farm project by Vėjų Spektras in Lithuania in 2005, and advised on the sale of the same park to Inter RAO Lietuva.